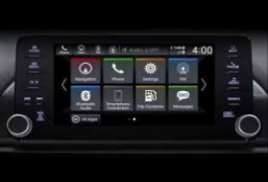 As a child, Buddy crawls into the toys of Santa Claus bag and is whispered to the North Pole, where he grew up as an elf. A false pit that grows three times the size of its eleven family, eventually heads to his birthplace in New York City to look for its roots. Sadly, they turn out to be a Scrooge-like father and cynical ten-year-old half brother who doesn’t believe in Santa Claus. Worst of all, everyone seems to have forgotten the true meaning of Christmas. But with his simple elf way, Buddy wants to save his own victory over his family and Christmas in New York City hoping to finally find his true place in the world.

Deck, a single black man, attends an otherwise all white weekend drunk bridge Debaucherei on a birthday ride in a hut on Catskills.

Tyler goes his friend on a trip to Catskills for a weekend birthday party with several people he doesn’t know. When they get there, it is clear that (1) He is the only black person, and (2) It’s going to be a weekend of heavy drinking. Although Tyler is welcome, he can’t help but feel uncomfortable in “Whitesville.” The combination of all testosterone and alcohol begins to get out of control, and the precarious situation of Tyler begins to feel like a nightmare.